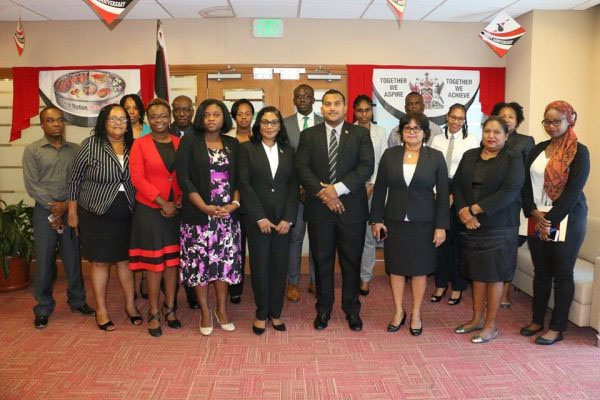 Business communities across CARICOM are likely to be waiting with bated breath to decide whether the establishment of the CARICOM Manufacturers Association (CMA) last month will ultimately act as a precursor to building firmer bridges among regional movement member countries manufacturing and trade.

Initial disclosures emerging from the CMA appear to indicate that one of its main objectives will be to provide a unified perspective on various business issues, as well as manufacturing ones, although the creation of policies designed to settling inter-regional trade be equally sound. related arguments that are known to arise with monotonous regularity. Significantly, the CMA reportedly seeks to deal with issues that go beyond any one member country. In particular, the CMA’s core concerns will be trade policy, labor and human resource development, skills development and the ease of movement of CARICOM nationals.

At the November 27 virtual signing ceremony it was revealed that Barbados will act as the inaugural Chairman of the group and that the body will give high priority to supporting the effective implementation of the Chaguaramas Agreement mandate through information sharing and the use of virtual technologies. “The core values ​​will revolve around self-sufficiency, the ability to finance and support ourselves, free from external influence and control,” TTMA official George Namie is quoted as saying, a comment that suggests that while the group will remain aware of the fact that it works for the benefit of the region, collectively as well as individually for CARICOM member states, will not be subject to regional government control.

Interludes of inter-regional debate on trade issues have recently arisen between CARICOM member countries including Guyana and Trinidad and Tobago.

In September last year, a delegation from Guyana’s Ministry of Foreign Affairs traveled to the Port of Spain to meet with officials there in an attempt to eliminate trade differences between the two countries, specifically objections raised in Port of Spain over certain categories of exports from Guyana.

Stabroek Business understands that the CMA’s significant agenda will include promoting environmental protection standards across the region.

GMSA has so far heard little about its strategy for engaging with the region at CMA level although the local manufacturing body’s agenda has raised its profile among the local Business Support Organizations (BSO’s) and has gain the highest local profile among local business support groups.