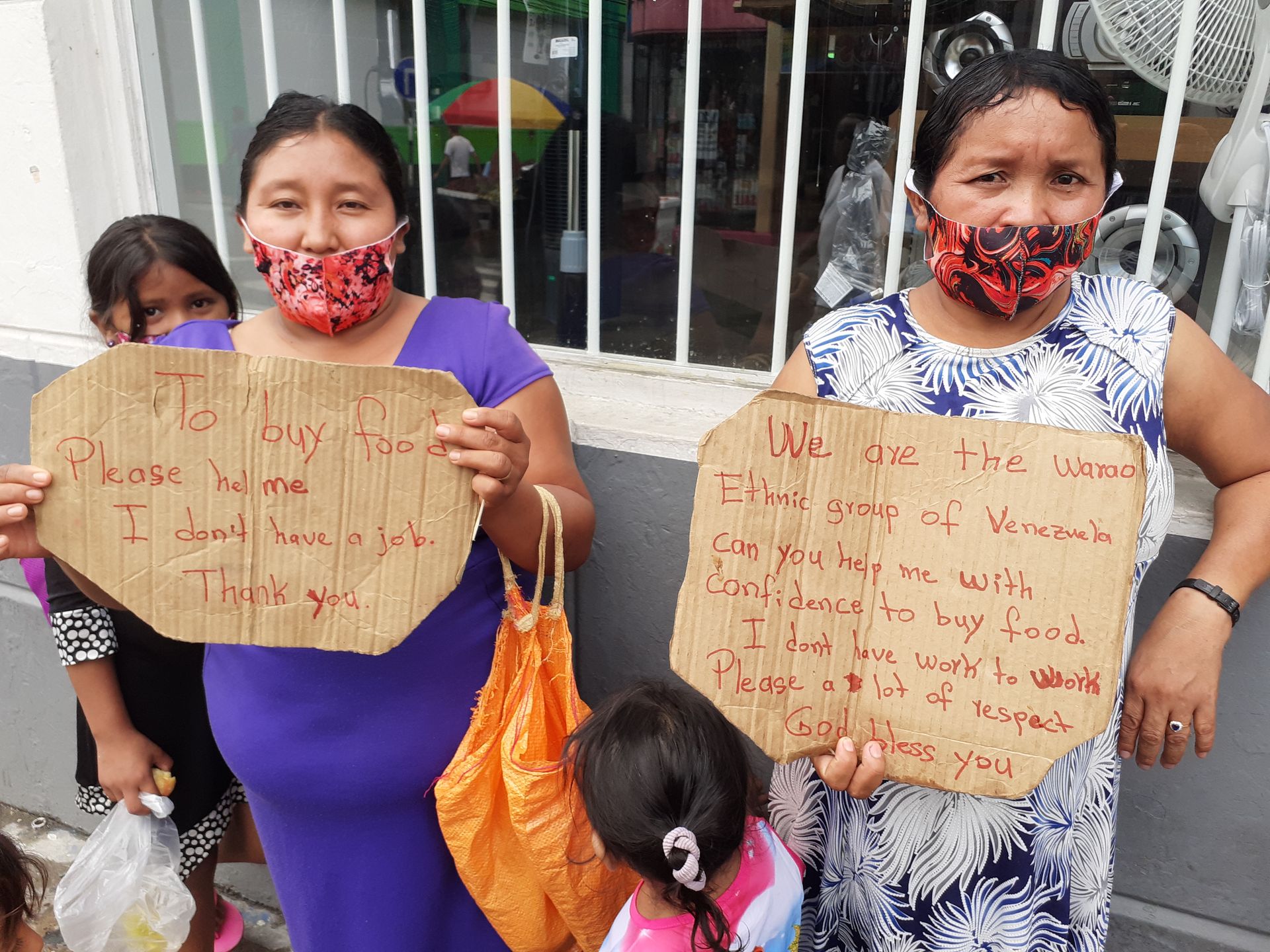 (Guardian of Trinidad) Amidst the bustle of Christmas shopping on the High Street, San Fernando, Venezuelan migrants roam the streets in search of work and food. On the corner of Penitence Street, five members of the Warao tribe stood with a placard, begging for help. Four of Warao’s young children played nearby.

A woman who identified herself as Rosanna caught a blacard that read, “Please help me. I have no job. ”

Another women’s placard read, “We are Warao’s ethnic group in Venezuela. Can you help me please … buy food? God Bless you. ”

With the help of Google Translate, Rosanna said that she lived in Penal but couldn’t give any more information as they couldn’t speak English.

Greater San Fernando Area Chamber of Commerce President Kiran Singh said he was concerned about the rise in deprivation by Venezuelan migrants.

“Given our geographical proximity to Venezuela, this socio-economic crisis has had a negative impact. Every day we see more and more Venezuelans begging on the streets and looking for work. They seem rather orphaned, | ”He added.

He explained that many of the migrants came to T&T illegally.

“We would have thought that the Venezuelan government would have held recent elections, had been taking care of their people. The fact that they have been sailing away in droplets is a concern to us as well as business people. We try to help as best we can but we have our citizens and we have limited resources to help those who come here illegally, ”said Singh.

He noted that there was nothing wrong with hiring immigrants who were here legally or who were now legalized to work.

Many shops on High Street saw migrants at work. One man handed out leaflets on the street while several others assisted as cashiers and shop clerks.

San Fernando Mayor Junia Regrello, who toured the city with Australia’s High Commissioner to T&T Bruce Lendon, said he was impressed by the increase in activity in San Fernando. He also said he will try to help the orphans.

“I haven’t seen much more deprivation. I will see how best we can help them and whatever we can do for them we will do it to help, ”said Regrello.

He said since Divali there has been an increase in activities in the city. He urged shoppers to come and take advantage of the bargains now available in the city, noting that there will be no wrecking during Christmas week.