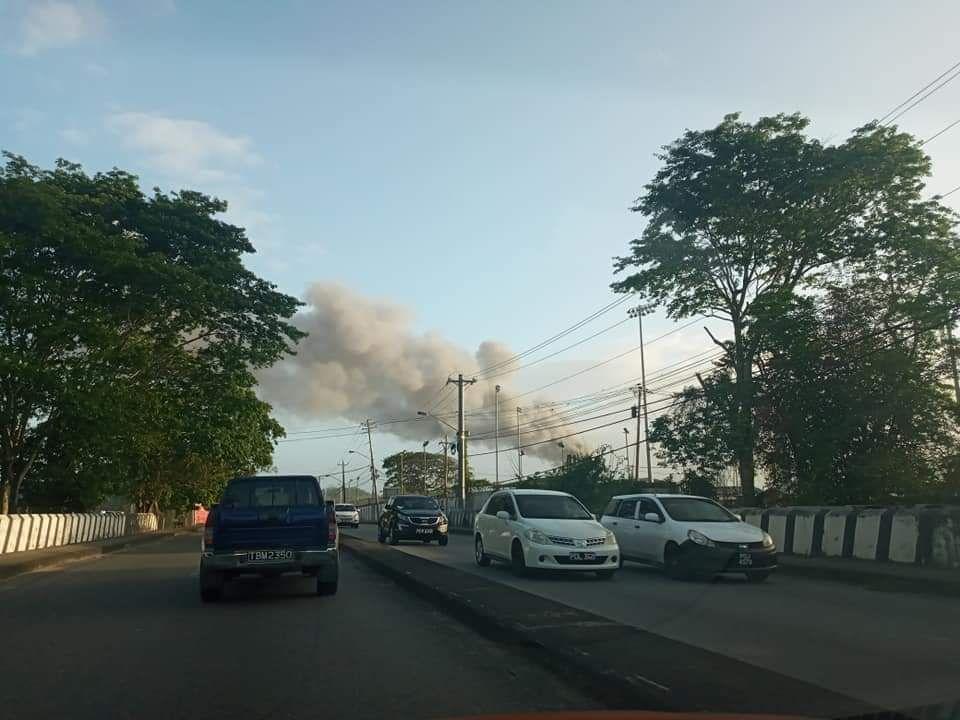 (Trinidad Express) There was an explosion at NiQuan Energy Liquid Gas Works located on what was formerly the Pointe-a-Pierre Petrotrin refinery.

It happened at dawn today.

A thick plume of smoke followed.

The blast shook houses and caused panic among the residents of south Marabella. The shocking loud sound was heard as far as La Romaine, Philippine, Claxton Bay and La Brea, the Express were told.

According to an employee, the explosion may have been caused by “wax accumulation” inside the pipelines that led to the hydrocracing unit at the plant.

“The fire services and police officers are here. The area has been closed off and no one can enter, ”he said.

The employee said no one was injured in the explosion.

“The plant has to come down before the wax can move in that pipeline or that’s the end of everything at NiQuan. We’re trying to save the reformer. So far no one was around. The night shift was already leaving the plant so no injuries have been injured yet, ”he said.

In July 2012, an explosion at the then Petrotrin refinery claimed the life of 59-year-old pipe fitter Joseph “Rudy” Carrington. The blast occurred in the Liquid Catalytic Cracker Unit (FCCU).

NiQUAN GTL is the first commercial plant of its kind in the western hemisphere and one of only five commercial GTL plants currently operating in the world specifically built for the commercial production of GTL products and uses the Fischer-Tropsch Low Temperature (LTFT) process.

The GTL factory began operations in December 2020 and is currently increasing up to a name plate capacity of 2,400 barrels of GTL Paraphinous Diesel and Naphtha GTL in an 80:20 per day split.

The plant is located in Pointe-à-Pierre on the west coast of Trinidad in the Republic of Trinidad and Tobago and is within the perimeter of the Guaracara refinery.

The Children’s GTL is a production facility that takes natural gas and converts it into high-quality, low-emission energy products. It uses commercially tested Fischer-Tropsch Low Temperature (LTFT) technology in a fixed bed system.