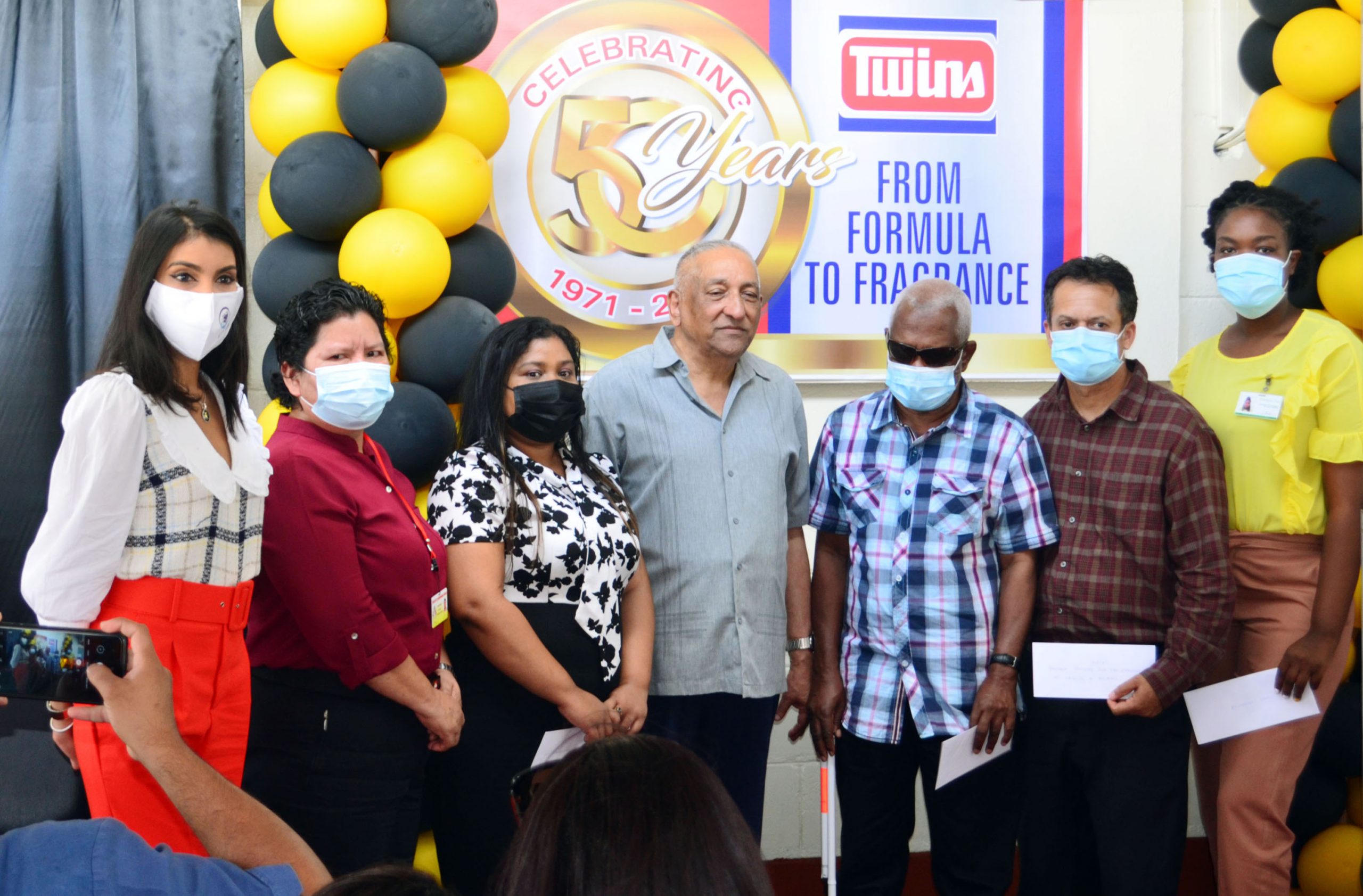 Twins Manufacturing Chemists, one of Guyana’s leading pharmaceutical and household names, is celebrating 50 years in the drug manufacturing business.

According to a statement from the company, Twins Manufacturing Chemists was started by Shaheed Mohamed Ferouz, a pharmaceutical chemist and Zabeeda Ferouz, who became his wife and business partner. Ferouz, who was studying in London, rejoined after returning to Guyana with his father at the family drug store, Twins Pharmacy, which was considered one of the foremost pharmacies of his time. In his free time he, Ferouz, experimented with blending and mixing formulas. Some of the first products he made were Hygenol disinfectants, Flavourmate Essences, Tussadryl Cold & Cough Syrups etc. Ferouz bought a carrier bike and rode from the store to store marketing his products. With positive feedback and requests for more of his products, Ferouz realized this was his calling.