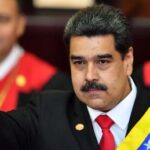 Venezuela rejects a World Court decision on the border

… Insists on negotiating directly with Guyana

Kaieteur News – Last week, the United Nation’s judicial branch, the International Court of Justice (ICJ), issued a key decision indicating that it had jurisdiction to hear an issue in a border case that Guyana filed against neighboring Venezuela.
Venezuela has been submitting claims for years now on a large swath of mineral-rich Essequibo and Guyana waters.
In 2015, the Nicolas Maduro administration even drew up maps claiming the waters where US-owned ExxonMobil discovered oil.
Guyana, after frustrating for years using a Good Office process, filed a court case in 2018.
Venezuela has not participated in the matter.
Following the ruling last week by ICJ that it had jurisdiction, Venezuela released its own statement, rejecting the decision.
According to Venezuela’s Ministry of Foreign Affairs on Monday, they want to negotiate directly with Guyana.
The statement is below:
“The Republic of the Republic of Venezuela has been informed of the decision of the International Court of Justice (ICJ), read at a video conference hearing on December 18, 2020, in relation to the unilateral allegation filed by the Co-operative Republic of Guyana against the Bolivian Republic on Venezuela the validity of the 1899 Arbitration Award.
In this regard, the following is reported to the national and international community:
The Geneva treaty is the only restrictive bilateral regulation in force, applicable to the settlement, through friendly negotiations, of the territorial dispute. The above denies the judicial route, inability to reach the practical and satisfactory settlement which this Treaty imposes on both parties. In that sense, Venezuela has been and is willing to engage in these friendly negotiations to reach a mutually satisfactory settlement.
By determining that it has jurisdiction over the validity of the 1899 arbitration decree based on Guyana’s unilateral claim, the ICJ commits an incomprehensible and extraordinary error, not only in the consent not given by Venezuela to that jurisdiction, but by admitting an object of dispute other than the substantive object of the dispute, as defined by the 1966 Geneva Convention.
With its decision, the Court not only violates its own doctrine that has been established and maintained for decades, but also its extensive jurisprudence. As a result, Venezuela rejects the ICJ’s decision, perfectly in line with the arguments it conveniently offered – from its sovereign position of non-appearance – to assist it in its duty to publish pronunciation where the law, principles of Law and custom the law required it to declare its apparent lack of jurisdiction.
As a result, and for the reasons set out above, the Bolivian Republic of Venezuela reproaches the ruling issued by the ICJ in the above terms, while again asserting the validity of the 1966 Geneva Agreement and affirming that it will continue to exercise their righteousness. an allegation, given the grotesque fraud that the 1899 Arbitration Award suggested to the detriment of their territorial integrity.
Finally, Venezuela reiterates its call for this debate to be amicably channeled and proposes to enter into direct negotiations with the Cooperative Republic of Guyana, in accordance with international law and on the basis of the 1966 Geneva Agreement, which mandates the resolution of this dispute. peacefully.
The Bolivian Republic of Venezuela is calling on all Venezuelan people to unite around this national historic case in defense of their sovereign right over Guayana Esequiba (sic) and to reject a decision that is damaging to law, history and justice.
The Venezuelan sun rises in the Essequibo.
Caracas, December 18, 2020 ”