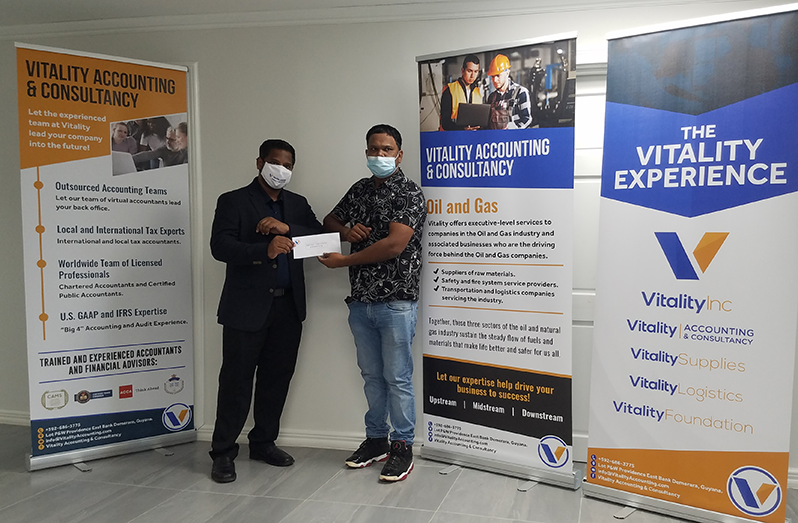 RHTY & SC Secretary / CEO Hilbert Foster revealed that the company would sponsor the newly-established Under-23 team that would play in the upcoming Sandeep and Son tournament at Berbice Cricket Board.

The team will be led by West Indies wicketkeeper Kevin Sinclair, while the very talented Kevlon Anderson will be his deputy.

The Rose Hall Town Vitality team would start the tournament as one of the favorites with a long list of national and Berbice players.

The sponsorship from Vitality Inc would cover the cost of cricket balls for practice sessions and games along with the team’s transportation, snacks and general operation for the year.

In addition, RHTY & SC management had ordered the team to successfully complete a total of thirty personal development programs under the name of sponsorship for 2021 under the subheadings of education, culture, cricket development, community development , anti-crime and anti-suicide.

Upcoming events to be hosted by the team would include the Special Mother’s Day hampers project, public beach clean-up in Rose Hall Town, an elderly breakfast project and the distribution of bicycles to less fortunate students.

Meanwhile, the company would also co-sponsor the 21st edition of RHTY & SC’s Youth Review Magazine. Assistant Secretary / CEO Simon Naidu said that since 2000, the club has published an annual magazine as part of its youth outreach programs.

The magazines have traditionally carried articles on the club’s work during the calendar year, outstanding members, plans for the future and highlighting the support of its sponsors.

In addition, each year the magazine also contains articles with advice for young people on topics such as drug abuse, suicide, the importance of education, religion, climate change and domestic violence.

The 2021 edition would cover 48 pages and is expected to be published by the middle of the year. Naidu revealed that special articles would be made on West Indies players Kevin Sinclair, Shakabi Gajnabi and Kevlon Anderson.

Foster, who is also president of the Berbice Cricket Board (BCB), thanked the company’s Directors for their support and reassured them that the club would be good ambassadors for their brand and play a big role in making the company their home . name in Guyana.

Company Director Abbas Hamid said Vitality Inc was proud to be associated with the team and wished them success on and off the cricket pitch.

The company was recently launched in Guyana. The company is a US $ 1OM investment in Guyana and offers a wide range of services including providing equipment needed to serve the oil sector in Guyana, consulting and strategic planning.

Subsidiaries include Vitality Supplies and Vitality Accounting and Consultancy.

Other sponsored teams at RHTY & SC are Poonai Under-12 and Under 13 Pharmacy, Bafan and Mendes Under-15, Bakewell Under-17 and Second Division, Pepsi Under-19 and Intermediate, Metro Female and Namilco Thunder Bolt Flour Under-21 and First Teams section.