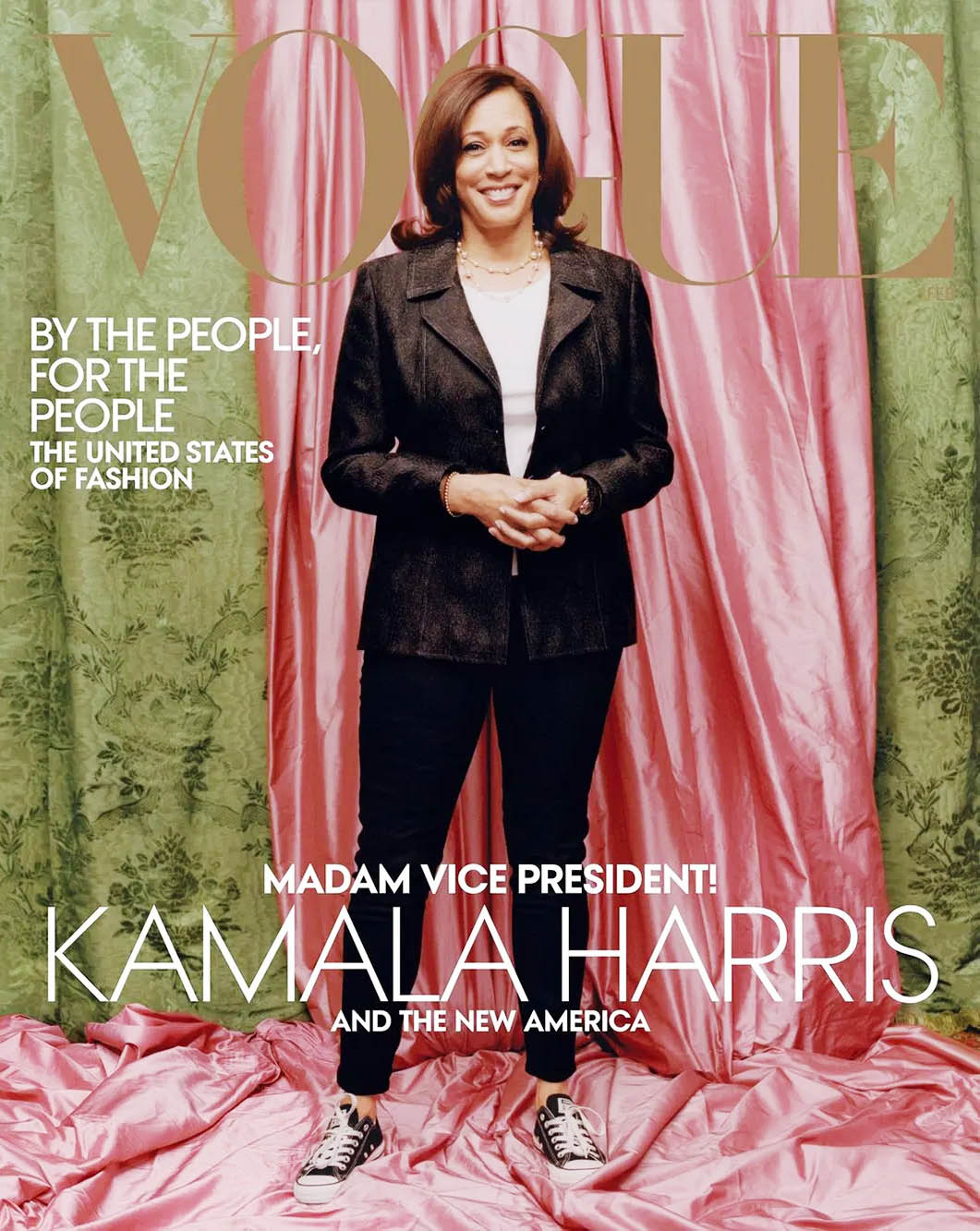 Anti-blackness is everywhere in the fashion industry but some days it feels more obvious than others. The concept of inclusivity is generally docked and accommodation only seems appropriate when it first happens. Seeing American Vice President Kamala Harris on the cover of Vogue was another reminder of how unfamiliar and lazy some people in the arts are when it comes to celebrating and upsetting black and brown people.

American Vogue, whose editor is mostly Anna Wintour, featured the VP in her signature look standing behind the laziest backdrop set I’ve seen in my life. He honestly looked as if a five-year-old had a hand dragging the cloth. The lighting was poor, the choice of her sorority colors for background seemed like a half-hearted creative attempt to add context to the person she is and even though the image is not alone sorry, somehow it didn’t manage to capture the powerhouse image I have in my mind.

Some say that the whole concept of the photoshoot may have been to make her appeal as more of a kind of person in relation to reality given the backdrop of American polarization politics and the pandemic. While this may seem like a fair point, no one expects American Vogue to be read by people who want to be 100 percent in touch with reality.

Fashion for many is a form of escape and especially with the VP the styling and imagery of the shoot could have projected an image of hope and optimism. The magazine could have given us something new, Kamala in a way we have not seen before. Close, intimate and personal.

By now most people already know her for favoring Converse, her statement pearls and slick pants suits. So it must be said that the accessible, feminine image of a career has already been hammered many times over.

With anger mounting and the magazine deciding to re-shoot the cover, this is just a gentle reminder of why we need to move away considering inclusivity only when it’s first. Would they have improved the lighting, styling and concept if they had been used to projecting women of color into power poses? I would tend to think that. Would they be more aware of the reception if more people of color were actually working on shoots like these? Possibly. Unfortunately, this is just another reminder of how white supremacy forces you to comply, so that they have to control the narratives of what is and is not considered acceptable to you. Spreading carrots intermittently to stay relevant but rarely having any tangible effect to really including everyone.