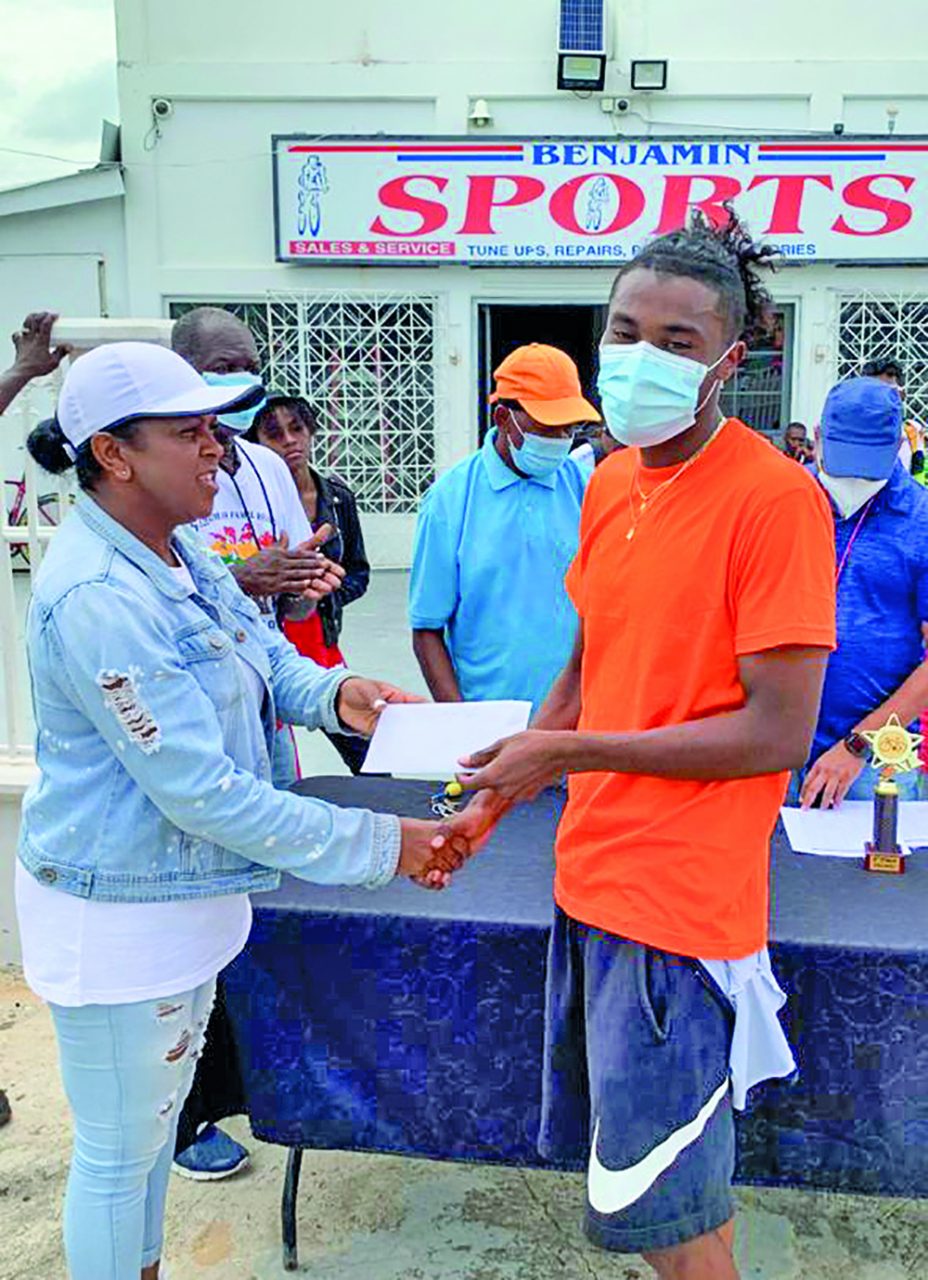 Yvette Benjamin, widow of the late champion cyclist Wilbert Benjamin, has vowed to keep up his legacy by contributing to cyclists and continuing to support racing events.

Mrs Benjamin spoke to Guyana Times after the final phase of the Guyana Cycling Federation’s (GCF) time trials held in Berbice.
“We have to keep up with his legacy and do exactly what he is doing. Donate things, sponsor races etc. Me and my daughters and we also have the coach (Randolph Roberts) to help us, ”he said. In the upcoming 2021 cycling season, the Benjamin family will maintain the cycling legacy of the late Wilbert.
Coming from a family of cyclists (father, uncle, older brother), Wilbert Benjamin raced to three national school titles in the 80s, and went on to represent Guyana at the Inter Guianas, CARIFTA, Pan-American and Texaco Games in his time transition from junior to senior champion cyclist.
Apart from being a champion cyclist and a businessman, Benjamin can be called a philanthropist who often donated cash or kind to young riders, and to the Flying Ace Cycling Club (FACC) of which he was a member.
He eventually emigrated in 1992, and spent some years in Monserrat before residing in Canada in 1997. There, he opened the Benjamin Sports Sales & Services, a boutique offering bikes and other cycling equipment and services.
Later, he opened Benjamin’s Sports Store in Fyrish, Berbice, which catered not only to cycling but other sports disciplines. He had also been the owner of Benjamin’s Fitness Gym in Ferris. Since his migration, the cyclist would often return to run road races and give back to cyclists and clubs across the country.

Benjamin had an accident in August while doing his morning rounds on his bike as part of his daily training routine on the Hampshire Public Road. After being hit by a motor car, the former national cyclist lost consciousness and was taken to Anamayah Hospital on the Corentyne, where he underwent routine tests, including CT scans. The hospital found no irregularities and the cyclist was released some time later.
However, he began to experience headaches, and returned to hospital, where a test revealed he had suffered a fractured skull and brain damage. It was concluded that Benjamin would have to be taken to Georgetown for surgery. While one private hospital had no doctor on hand to perform the surgery, Benjamin was taken to Georgetown Public Hospital.
That’s when mixing happened. According to Benjamin’s family members, the staff on the ambulance they were transporting to realized that the patient had insufficient oxygen for the trip to Georgetown, and made the decision to return to hospital on the Corentyne . However, upon return, the Berbice River Bridge was closed to vehicular traffic, causing longer delays.
Benjamin was eventually taken to Georgetown Public Hospital, but surrendered hours before he arrived there.