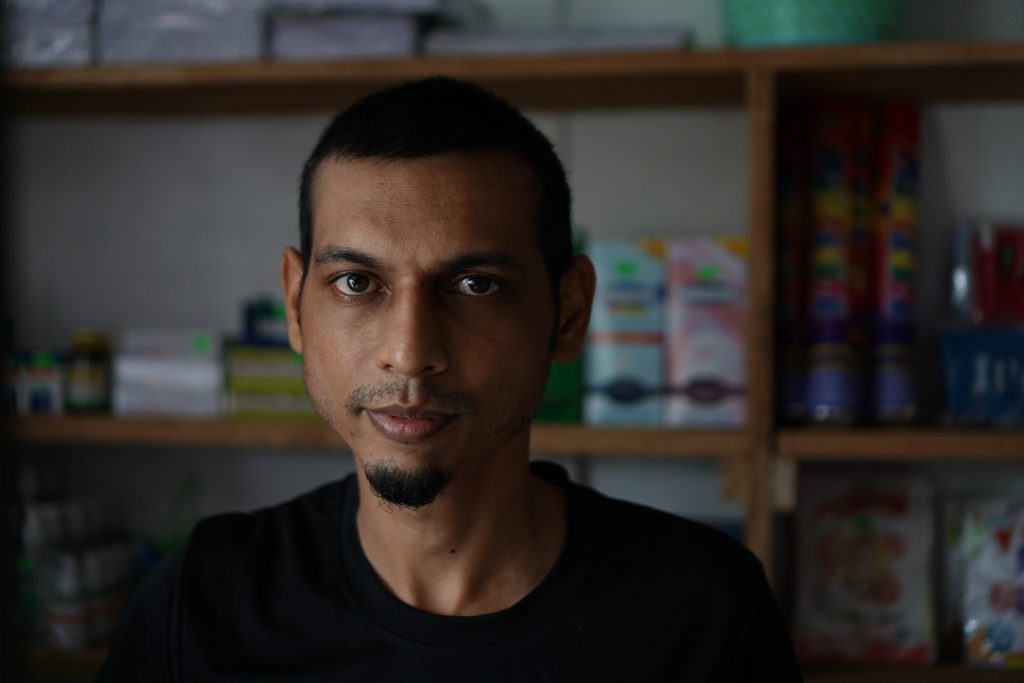 NIGHT as a large food chain manager in Guyana, Ramesh Singh wanted to set up his own small business to become self-employed one day, as he is not comfortable with the idea of ​​having to work for people all his life.

Singh started his own small business out of his home in Zeelugt North, where he has a shop that caters for all your printing, laminating, photocopying and stationery needs.

The 35-year-old told Pepperpot Magazine that his business, Print Zone, ensures pensioners have to pay their bills free of charge through the bill payment system through MMG, a same-day transaction.

“This village needed a printing space, a shop that caters to that sort of thing, especially as there was not one and it is a very large area; so the schoolchildren would come here to do their assignments and print, copy and other needs at a reasonable cost, ”he said.

Singh is originally from Uitvlugt, West Coast Demerara, but moved to Zeelugt 15 years ago and is indeed a quiet community, except when the music starts playing.

He admitted that when schools are opened his business will go back into gear, but for now things are a bit slow, but he is patient because next month he will start selling over-the-counter drugs.

As it stands, he is waiting for his store license to sell over-the-counter drugs, so it will be convenient for villagers to stop by and get whatever they need.

Singh had a few jobs for large companies where they ordered bill payment books and receipt books that he did and that was to his business advantage and then he started printing business cards too.

He also has a kind side to him and would host events for the village kids who indicated that once his business grew, he would be ready to do even more for his village.

Vendor of the hot dog

Pepperpot Magazine also met Tulsie Mahadeo who lives next to an elderly man, his wife and son, who has about 15 cows reared in their entire yard and on the reserve.

The 51-year-old reported being Guyanese but had migrated to Venezuela; he returned home and had to start again when his mother-in-law and mother became ill and subsequently died.

He revealed that he had a concern with the cow manure from next door that would flood his yard, making the place smelly and a health hazard, as it is not healthy for his children and ‘ to grandchildren who live with him.

When the issue became oppressive after reasoning with the neighbor fell on deaf ears, he sought the leadership of the Neighborhood Democratic Council (NDC) who was instrumental in removing large numbers of cows from the yard.

Mahadeo reported that the neighbor has about 50 cows in his yard and when it rains, the place smells of cow dung and urine and his entire backyard is filled with cow dung.

He is currently awaiting the disposal of the remaining 15 cows and the CDC has asked him to be patient and give his neighbor some time to do so.

Mahadeo is the village hot dog dealer, who has a bike with the carrier stand attached and would go in front of the supermarket in Fisher Dam to sell in the afternoon.

During the day, he would prepare the things needed for the hot dog and goes out to sell at 15:00 hours and would be there until the supermarket closed at 20:00 hours.

“This is my main source of income because when I returned to Guyana, I couldn’t find a job and I know I had to do something to earn it, so the hot dog idea became a reality,” he said.

He returned to Guyana three years ago with his entire family and they all had to resume their lives here.

Mahadeo noted that Zeelugt is a good place to live, despite the same issue he has and the people are good for him and his family.

“The people of this village support my small business and would buy me a hot dog; as such, I can feed my family and that’s commendable, because we all have to help each other in some way, ”he said.